Have you ever had to turn back from a trip? After going through all the route planning, logistics, packing, heading out the door and… something goes wrong. Someone in the group gets injured or sick. Or weather turns on you so fast that your forced back. It’s hard. Hard to walk away from all that effort you put in, the expectations of what you hoped to get out of the experience. Or is that the experience you were supposed to get.

If any of you read my previous post “Countdown” a small group of us were intending on bagging a peak out in the Squamish Valley last weekend on what would likely be our last trip of 2016. The trip was already being squeezed into a quick one day and one night trip, down from our usual multi day adventures which left next to no margin for error in terms of set backs (limited daylight so no late starts, changes to our route/plan for bad weather etc.)

Our adventure became short and sweet (or sour?) and went as follows:

3:00am. The alarm clock rings. Tired. Slow. I only got home from work five hours ago. Shower, toast, last minute items into the backpack. It is dark out. It will be for many more hours, by the time there is daylight we should be unpacking the truck mountainside.

I picked up my cousin Ryan, then my buddy Jason and we head out from Richmond. It is raining pretty good. We had checked the avalanche forecast for the area we were heading to and it didn’t look too good. Tonnes of fresh snow had fallen and there had been a pretty significant wind storm three days ago. Pretty good avalanche conditions. These are the things that we couldn’t control when we set the date for this trip months earlier, but are faced to dealing with now.

We continue driving, and are past the Horseshoe Bay ferry terminal. The rain has now increased, and joining it is some wind. We are all quietly thinking about what the game plan is now. In putting together this trip we did have a back up plan to put in play should a situation like this arise, but truth be told it was not at all what we wanted to do. Sigurd Peak (our original destination) had been something my brother and I had planned on tackling for some time now and had never gotten around to putting this trip together, now with the looming bad weather and avy conditions it seemed as though this would not be the time either.

We arrived in Squamish and pulled in to the Golden Arches for a quick breakfast and to make some McDecisions on our next move. It was now beginning to snow. Sigurd Peak at this point we could see was a no go. With the high avalanche rating, and unfamiliar terrain it was a non starter for us and would have to wait for another day. Our back up plan as to head up to Garibaldi Lake, we had all been there multiple time and had done a trip there this past January, but it was close and we knew the area.

We finished up our “breakfast” and made our way towards the Garibaldi Lake turnoff. The driving conditions were crap. It was still dark out and the turnoff was barely visible. We got on to the road leading up to the parking lot. The snow was quite heavy at this point. As we got to the parking lot my truck began sliding all over the place. We elected to double back down to the highway and leave the truck there (not being interested in attempting to dig my truck out of the parking lot Sunday morning).

After strapping on our snowshoes and gear we made our way back up the road to the trailhead. Other snowshoers  and skiers were now at the lot getting ready to head out on there own trips and we were soon over taken by many on skis heading out for a day of touring around. It was nice to finally be on the trail. The snow was falling and it was winterland all around us. We were taking our time and enjoying the hike. At about three or four kilometres into our trip a group of skiers came around the corner towards us. Odd we thought that people would be coming down from the lake this early. The stopped and chatted with us about another group that they had encountered who warned them of trees falling on the trail, so they chose to turn back. With that gem of information they left and headed down the trail. Jason, Ryan, and myself were now left in that shitty situation of “should we turn back too?”

We wondered “Had the group they spoke with seen the trees fall or did they see trees laying across the trail and decided that was enough for them?” They had mentioned that it was about another twenty minutes up the trail so we elected to cautiously hike up as far as the trees and see how fresh the tree falls were (how much snow had fallen on them etc.) and make a decision there.

Not ten minutes later the group that had been the ones to see the trees came around the bend. We spoke with them and not only had they seen the trees fall, but one of the skiers had a sizable tree come down not more than a few feet behind him. They had decided at that point to get the hell out of there.

That was it for us. The trip was over. We did not see the trees that had fallen, we didn’t need to. We had seen the face of the guy who almost had a tree land on him. That was enough. 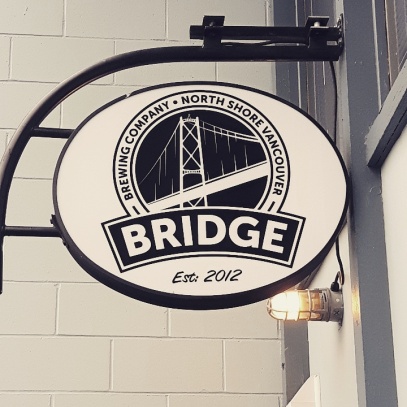 It seemed as though this trip was just simply not meant to happen or maybe it was a lesson on “know when to fold them”. We made our way back down to the truck and drove our way back towards home. Stopping in at Bridge Brewing for a pint on the way back I thought about how being put in a decision like that is necessary from time to time. The choice to turn back rather than put yourself (and others around you) in a situation that could turn out very badly. It is never easy to walk away from all the planning, and prep work that goes into these back country trips but I would say it is better to be able to walk away from a trip than to regret that you didn’t.

3 thoughts on “The Turn Back.”