After last years failed attempt at MOMAR I was left with a sour taste in my mouth. Though I felt we did the best we could given the scenario we were in, there was still a lingering feeling of an opportunity missed. Some unfinished business.

It was only a matter of time before I found myself on the registration page of the 2016 edition of the race. “I will finish that race”, I contacted one of my running mates Jason and convinced him to get on board, and so the cycle started all over again.

The race was held this past weekend up in Cumberland BC (where it had been last year). Already I thought. Perfect. Some advantages to being on familiar ground. Also this year in my arsenal was a double kayak, rudder and all. This would help ensure that me and my teammate were not to be one of the last out of the water (again). One more perk this year was the hook up from Ryan Poole and the gang over at Beaufort Cycles (http://beaufortcycles.ca/).  We were now ready to ride the downhill section of the race on bikes that were designed to do so. Don’t even get me started on last years. 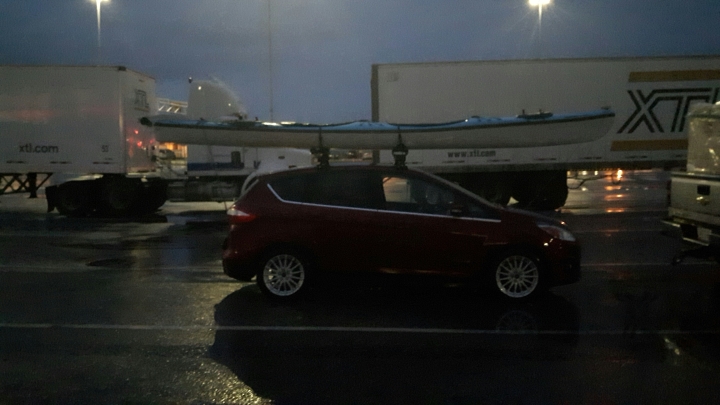 The race weekend came up quick. On the ferry ride over to the island Jason and I brushed up on some of our navigation skills and read over any extra information we could get our hands on via the web. He was excited and a bit nervous for his first Adventure race, and I was just straight up out for redemption from last year calamity.

After getting situated at a friends place where we would be spending the weekend we made our way to the Friday night check in for the race. The place was buzzing. A lot of good energy. Different folks of all different skill levels, collecting their racing gear and such. It was intoxicating and you couldn’t help but to start feeling pumped for the race. A quick visit with an old friend and we headed back to our host house to get ourselves organized and (if possible) get some sleep.

Race day. The alarm went off at 6:00am. We got up and packed our bags. We had a bit of time to kill before heading out so we jumped on the bikes and took them for a spin around the neighborhood to see how they handled.. and smooth was the answer. We packed the kayak on to the car and headed for the kayak drop off. As we arrived the beach was filled with folks busily getting their kayaks organized and fitted properly. “This is starting to feel real” Jason said as we carried our kayak down to the beach. “I know.” I replied quietly. Having been in this situation before I too was going through the same race day nervous energy and I was focusing on the day ahead of us. 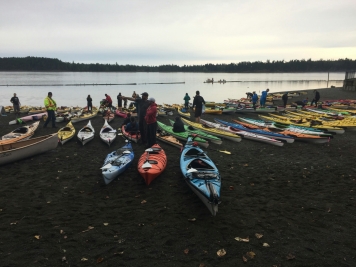 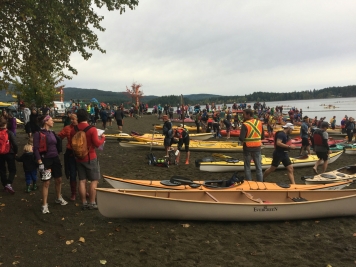 We hopped back in the car to take the bikes over to the bike drop. The weather outside was overcast with the odd break in the clouds. Good racing weather. We dropped the bikes and made way to the shuttle bus to take us back to the start line. It was quiet on the bus as everyone seemed to be going through the upcoming race in their minds.

We arrived back at the beach and received our race maps 1 hour before the race. 1 hour to visualize the terrain that we would be tackling. Folks everywhere started plotting their plans of execution. The call came over the speakers for us to make our way to the kayaks and get out on the lake to the starting line. It was now happening. We all funneled out to the starting position and awaited the starting blow of the air horn… 3 2 1 Go! 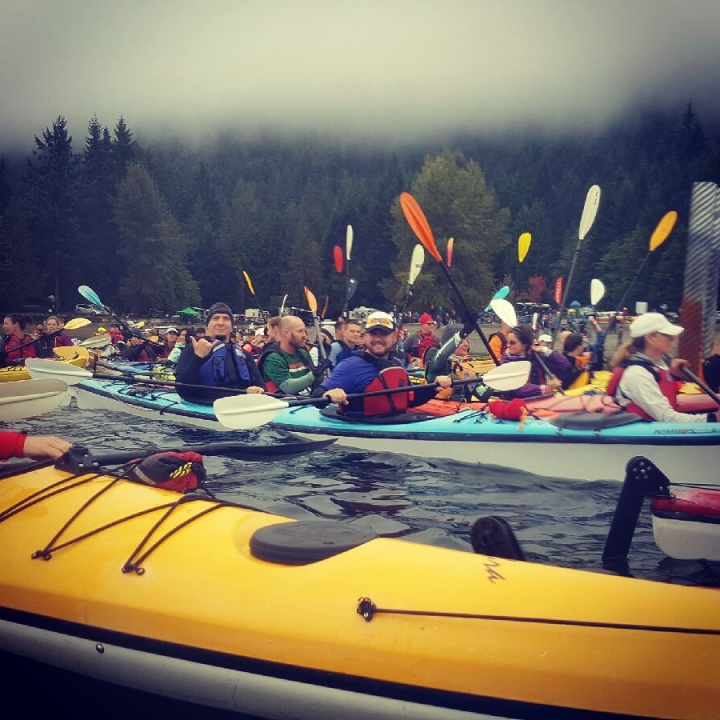 Everyone exploded off the line in a frenzy. You couldn’t help hitting the boats beside you as everyone vied for the front of the pack. We made our way to the outside satisfied with having space over position, besides the was plenty of lake to make up any lost ground.

The kayak section went by fairly quickly and we soon transitioned over to the trekking portion. Many ups and downs as we rolled along the mountainside back towards town. Going from sitting in a kayak to running straight up the mountain definitely wasn’t the funnest way to get your legs moving for the day, but that’s adventure racing.

We made our way into town and now transitioned into the mountain bike section. This I can tell is not my strong point. We zig zagged our way across the amazing bike trails that Cumberland has to offer. At one point we made a near fatal error while trying to make it to one of the check points. Taking the wrong logging road a good 3 kms up hill before realizing we had to turn around. Grrr.

As the day wore on we were starting to get tired. Upon completion of the bike section we headed back to the bike drop. It was seconds before 4:00pm and we had 1 hour left to complete the orienteering section, and the race.

We dashed into the bush. Hungry for the finish and a sense that it was in our grasp we made way for the first of the five orienteering check points. We soon found ourselves side by side with another team and began working together to tackle the remaining check points that stood between us and sweet sweet glory. Second checkpoint. Third checkpoint. Fourth checkpoint. My legs were now giving out. Cramping every step I took. “We are finishing this race”. We made our way to the location of the final checkpoint. I ran (rather hobbled) back and forth along the section of trail that the checkpoint was assumed to be at. Jason nervously shouting “Chris we gotta go!” Frantically I kept searching knowing that we still had a good run to the finish line and neither one of us could run anymore. “Segers we gotta go NOW!”. Jason called it and we had to make our way for the finish line as time was quickly running out, if we did not make it over the finish line by 5:00pm we were a DNF (did not finish).

As we pressed our way toward the end and barely able to move I thought about last year and how things had gone so wrong and now here we were finishing what had been left undone last time. Not being satisfied with not finishing the race. Not being satisfied with knowing I could have done better. We made our way across the finish line. Jason competing in his first ever Adventure Race and me getting a chance to knock that bad taste out of my mouth. 17/18 checkpoints and 6 minutes until cut off. I will take it. 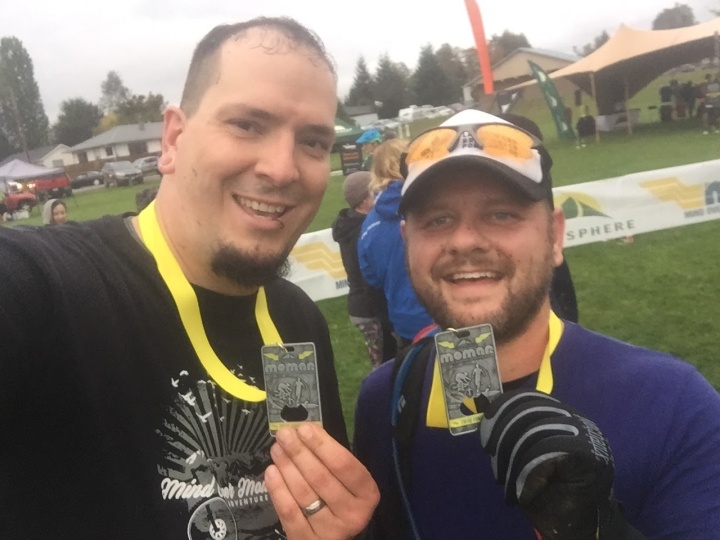 MOMAR. You are one tough race, and you did not disappoint!

Check out the Mind Over Mountain Adventure Race website (MOMAR), see if you got what it takes.